Green Flash, ah, just the name feels like the deal of the century. They nestle shoulders with Lagunitas warmly and provide amazing beers are incredibly affordable prices. I love this brewery and they consistently roll out great gems for everyone to enjoy, not just elitist aleholes with boxes littering their homes. So let’s double down some stouts in today’s review. 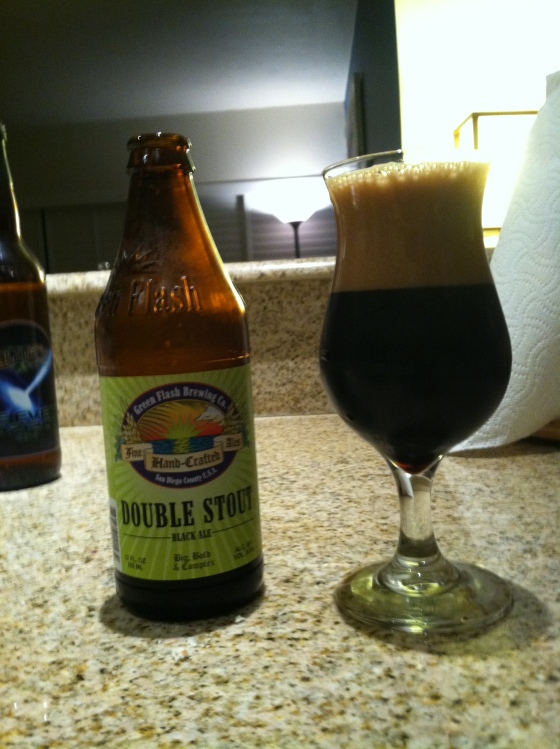 This beer is stunning and this shit didn’t even go into a barrel. . .that one is coming soon. . .FORESHADOWING TO THE MAXIMUM.

A: This is a welcoming blackness with some deep brown hues. There is a fantastic huge carbonation and lingering forestry of lacing that webs over itself and sticks with aggression. The entire beer is incredibly well done and surprising, not in an elitist way, but come on for the price this beer delivers more than some of the overhyped brewery only releases. I am super serial. 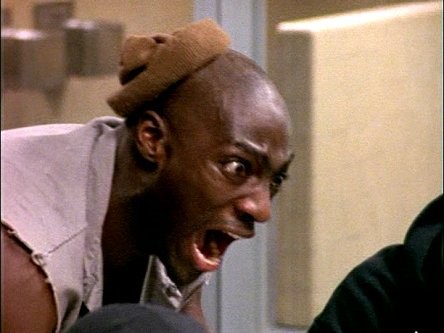 I need MORE OF THIS STOUT. All the time.

S: This is incredible for a beer that is not barrel aged. It presents a huge drying coffee, burnt wood, and 85% cocoa chocolate profile. But with a smoothness like a Feist sustained note. Deep, dark, but entreating. There’s a dryness and a crispy brownie batter aspect to it.

T: The taste is very simple. It imparts a huge burnt dryness that tastes like the dregs of a great espresso that melts into a chocolate profile with that bitterness that is common to very dark chocolate and then a splash of water, and it is over. It is a chocolate splash mountain of flavor and Brier Rabbit barely has time to say anything, edgewise or otherwise. 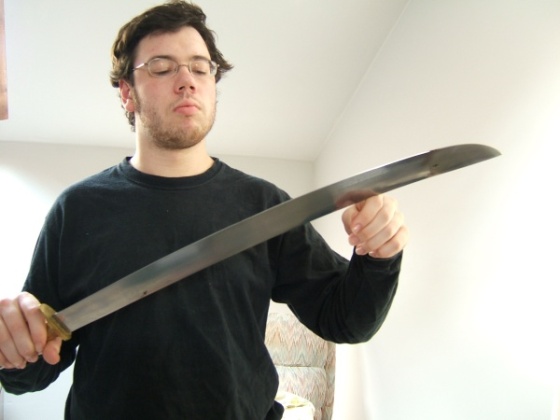 With something this dark and powerful, shit gets dangerous real quickly.

M: This is swift with a medium coating but a solid coating for about 2 seconds and then it scurries off. It is almost like they want you to drink the entire 4 pack in a single sitting. WELL GREEN FLASH, I see your challenge and respectfully decline, I have other matters to attend to. The end taste of the coating has a sort of a burned black licorice that is interesting, but fleeting. This is a swift little stout but even the most capricious Clipper spies a Galeon on the horizon. YOU KNOW WHAT I MEAN.

D: This is incredibly drinkable if, and only if 1) you enjoy coffee, a lot or 2) you cannot wait for baked good to be done and you like baker’s chocolate, a lot. If you want a huge filling stout, this isn’t the one. This is a deep dark oaky coffee ninja that imparts and retreats. Toffee shurikens are likely involved. 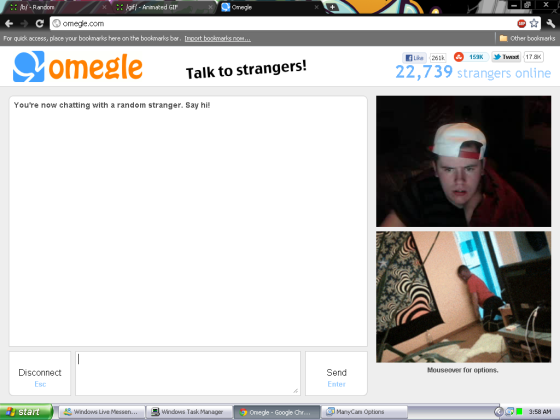 Smootheness coupled with an integrated alcohol profile makes me not know what the hell is going on before I knew it.

Narrative: “Another one, this is a series, to be sure.” Detective Branning spit angrily upon the ground and clenched his jaw. “Another chocolate store robbed blind, in an instant, with the insides gutted and replaced with…shitty coffee.” “Yes sir, it just doesn’t add up.” his assistant, Detective Willoughby added. Willoughby’s glasses slide down the bridge of his nose as he chewed on the end of his pen contemplatively. “You know, if someone wants chocolate that bad, why go through the trouble of replacing it with all this shitty coffee? Just don’t add up boss.” Branning nodded and looked into the bag’s of Seattle’s Best, then into a barrel of Yuban. “Someone is fucking with us, it’s a calling card, he’s letting us know that he can get away with it.” Branning ejaculated and flipped his notebook shut. Meanwhile, in the alley adjacent to the knocked off candy store, a lone Peruvian man garbed in all black shook his head morosely. “No detective Branning, this is far from a game, and it has only just begun,” he chortled as his diminutive 5’2” frame chortled with menacing laughter. “IN THE LAND OF SURPLUS CROPS, THE MAN WITH THE CHOCOLATE IS KING.” Branning took one long look at the crime scene and said, “well Willougby, whoever did this is either really sick, or was raised in a place that doesn’t understand relative product value, OR BOTH.” He kicked a lone coffee bean and watched it slide into a pool of melted chocolate.