Who doesn’t like the idea of being Iron Man? Being all bad ass in a fictional weaponry suit, or being super good at swimming and exercising and shit. Sounds amazing. Well time to face a hard reality, I will never be able to do those things, and this beer sure isn’t helping matters. I can only assume that Kansas is full of bad ass iron men since they have to put up with depressing flat land scapes, pale women, and I am pretty sure tornado fighting is the official state sport. Let’s see how this imperial stout measures up to shoulder rockets and tattered bike taint. 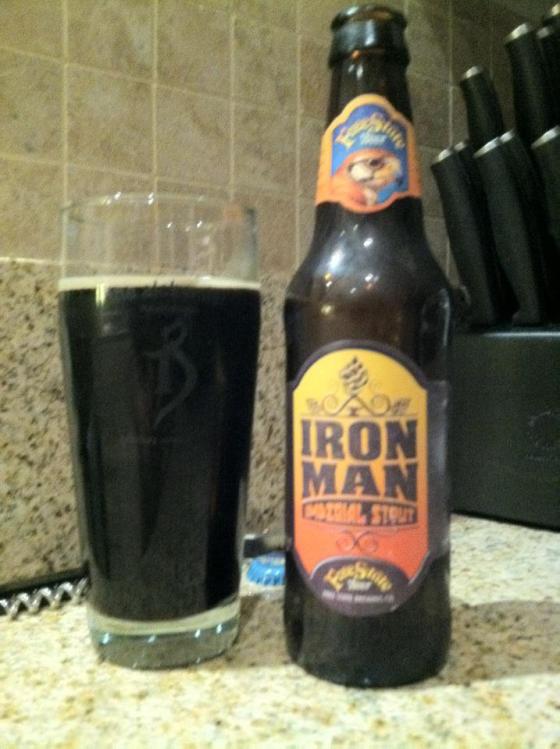 Rain rain go away, that's what all my haters say, my stouts stay on overload, my ales never evaporate.

So let’s take a minute and talk about how little that Free State is fucking around, namely, not at all. I first noticed this company when Old Backus started flooding the streets like bootleg movies and I wanted a taste of that malty ass. Long story short, Old Backus is amazing and worth seeking out, maybe even a trip to Kansas. So seeing this offering, my Stoutster sense was tingling. The appearance is like a glass of deep coca cola with moderate lacing and lil wispy carbonation. Tap 1 black mana and unleash this will o’ the wisp. There’s a bit of black licorice going on in the nose and an herbal aspect. 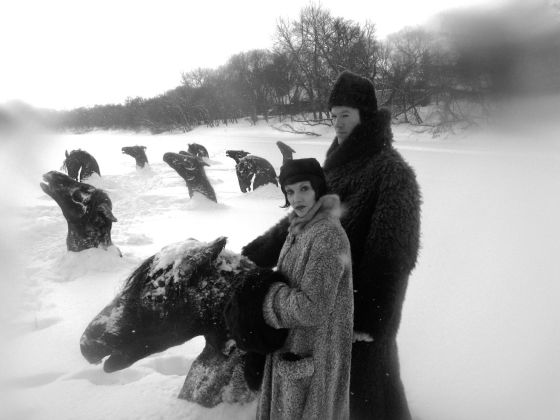 This is for those bleak Kansas winters, with a long stretch to suffer through with no college basketball.

The taste isn’t exactly what I seek out from an imperial stout and instead comes across almost like a black IPA. There’s a huge herbal bouquet that is original, just not what I am into. Some people are super into Godspeed! You Black Emperor, but I just don’t get it. This may be crowd pleaser to some people, but I read Highlights and watch Shahs of Sunset, I am too fucking pedestrian for these efforts. It’s like when they enacted the Concordat of Worms and the Holy Roman Empire was flossing so hard, but the Divinity wasn’t on board. Well, I guess the larger part of Prussia is hops and, fuck, this analogy fell apart real quick. There’s a mild chocolate, but the minty herbal hops are like a funky Girltalk mash up.

an IMPERIAL STOUT made by the same people who made OLD BACKUS. Some hard shit is about to go down...right?

The brewery notes flex so hard, “Our Imperial Stout brewed to an Original gravity of 19.5 °P using 10 different types of malt, which combined, weigh 1,465 lbs. That works out to 3.4 lbs per gallon of finished beer or almost 4/10ths of a pound in every glass. The dark malts give a roasty flavor and dark color, caramel malts add sweetness and a full body. Three different hop varieties also add their own complexity (and about 78 IBUs). The bittering hop is Magnum. The early aromatic hops are Northern Brewer. The later aromatic Centennial. The final hop addition is a dry hop with a generous dose of Mt. Hood hops for a fine aroma The Ironman is named for one of our favorite regular customers, Walt Hull, who is a local blacksmith. ”

But that is kinda like boning a chick while listening to your own single. Count how many times they mention hops above and think about how much you enjoy hop presence in stouts and you’ll be able to tell if this beer is for you. It is by no means bad, but with how amazing Old Backus was, I guess I just hoped that Kansas would ball as hard as their NCAA Basketball team. Ball so hard.

One thought on “Freestate Iron Man Imperial Stout, The Closest I Will Ever Come to Completing an Iron Man Competition, or being Tony Stark”