A: This beer has a menacingly deep dark countenance with a huge banana republic khaki head, a bit refined for its Midwest heritage which would be acceptable if it didn’t smell like alpha acids an- on to the next section.

Beer in the morning, no time to explain.

S: I couldn’t hold this over, the coffee is overwhelming. The Midwest loves to make beers that just infiltrate the nose, take over your house, wake your girlfriend up: OLFACTORY. That is their game and it is played well. I supposed there is some mild Hershey’s cocoa and bittering elements but overridingly, it is coffee, like elephants, all the way down. All of this is predicated on coffee as its existence.

T: Wait for the spoiler alert: coffee. Seriously. Just coffee for days. Were it not socially reprehensible to just straight up drink brown ale for breakfast, this could replace mocha frappa adjective misusacinnos. Maybe in the Midwest that’s just how they roll, wake up, drink some surly, work, more surly, check redfin.com, attempt to solve property value disparity, call it a day. But just wow, not just coffee, amazing coffee. I don’t want to say barefoot intelligensia level, its not that acidic but it has a definite Coffee Bean feel to it. For my east coast readers, Coffee Bean is the exceptional coffee that we drink while you keep Dunkin Corp. stocks abreast. It tastes like coffee.

This beer is dark and strangely offensive.

M: It is incredibly thin. . .not unlike. . .coffee. If you think I am trying to drive home some form of Nabokovian motif, let’s just put it out there, it is coffee, not sex with minors. Seriously it tastes like an iced coffee. I got this as an extra and I demand to know the price of this temptress. If it is under $3 per can, I have pity on the poor Midwest that unleashed this wraith upon their productivity. Even the siren of Farmville nods at this Amarosa knowingly.

D: If you haven’t gathered from the foregoing: very. I have essentially provided a voucher for drinking this unabashedly for breakfast. I don’t care if you are a crane operator on the new children’s hospital which happens to be occupied early, go ahead, have some coffee bender in the morning, you earned it big guy (or woman, whatever, find me a woman who operates a crane [sic.]) 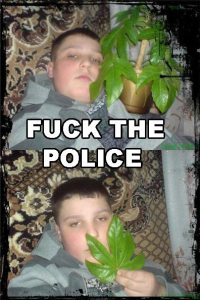 This beer is hard as fuck. But gentle.

Narrative: “I just don’t understand why the early Seinfeld episodes look\ so dated, look at what they are wearing-” Uncle Adam droned on. “Keep it together Jonah, keep it together” he told himself as he clicked the rhythms from Vengaboys songs along his jaw line. He didn’t exactly mean to supplement all of his caffeine habits with coffee alcohol but, such is the way of things. “Jonah are you cold? You’re positively shaking!” Aunt Beatrice exclaimed grabbing an afghan rug. “Yeahbut you know who really- I mean always touching the thermostat? Who says that? Seinfeld, you know what I meanyeahyeah, notevencoldthough seriously.” He attempted to break his repartee into at least dactylic hexameter for his relatives to try and understand. Jonah was a man converted to the alcoholic coffee beast, and now he was dropped as though he should have invented the rain coat.