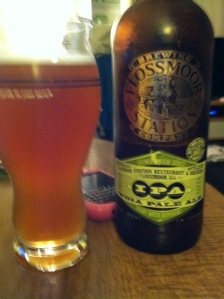 My rails get all hopped just looking at this beer.

A: Nothing too crazy here, nice bright amber with deep gold hues, decent carbonation that mellows pretty quickly, not exceptionally beautiful but nothing ugly about it. A solid ale on the streets but a hoppy freak in the sheets.

S: Some orange rind and some mild sweetness but not a huge nose to this, maybe it’s because it was 2 months old, but I don’t see that being a great alibi because even the subtle notes arent there. It has a very flat olfactory character. No amount of clever writing will make Ashton Kutcher likeable, no amount of artful smells will make this crazy interesting. 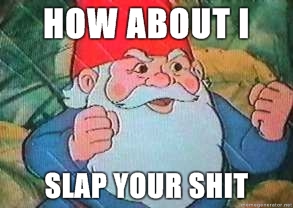 You enjoy this IPA? How about I slap your shit?

T: This tastes like a 1.5 IPA, I say that with the respect that it has a nice light citrus character and a mellow piney character. There’s nothing wrong with it but it’s just lackluster. It sidesaddles two genres and comes off feeling a bit weak and generic. I don’t want all “Fresh Hopslam” proponents to get all up in arms but this just seems rather hackneyed for a brewery that rolls out crazy original. I harm them because I love them and just expect more. There’s not excuse for domestic hop violence.

M: Very good, nice crispness without being overly drying. Nice bubbles throughout and a taste that lingers without being oppressive like some Maharajas that I know. No overly herbal character, but it will be difficult to pick it out of a lineup of IPAs. It doesn’t have that certain joi de vivre that most flagship IPAs will maintain. 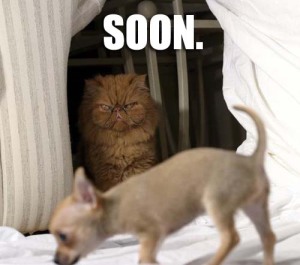 I should have drank this sooner.

D: Very drinkable, if accessible. I don’t want to insult it as an “entry level IPA” like a monicre I would give to Ranger IPA, but it just feels like someone phoned it in on either the hop bill or just went for the standard grain bill or something. Maybe I am just being an IPA curmudgeon, who knows. Certainly drinkable but it wouldn’t be my go to over the stable (D)IPAs like Pliny/Sculpin etc/

Narrative: “You can’t return this, at least not without a receipt, and then unfortunately you can only receive store credit at FashionBug.” His demeanor was cool and calm, Waylon Lupus was the calm store manager notorious for difusing tense situations. “Now please, if you would like another spandex unitard, you can feel free to select another that is to your liking.” He did not maintain a smile or the slightest bit of hesitation while addressing the irate female single mother desperately searching for deals. His voice was monotone and crisp, like an audio book revealing depressing consumer news to crestfallen patrons. “Perhaps I could show you our wide selection of strapless patent leather shoes?” He uttered effortlessly and slid whimsically towards the appropriate section, mesmerizing his pacified companion. “No one knows your greatness Waylon, no one but me,” a soft voice uttered in the security booth while tracing a single finger across the monitor looking over the shoe aisle. “No one but me.”