Westy 8 All up in the mix, looking bashful with a modest ass bottle.

A: Murky muddy brown with hazy golden notes at the edges, epic, epic carbonation, the head is relentless and lingers all the way down. It reminds me of those plants in Ursulas cave that taunt Arie- what? Nothing. I didn’t just reference the Little Mermaid, what were you talking about? God damnit, this is the second time that I have used that reference, highly dishonorable. 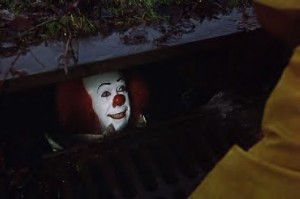 This beer was disturbingly difficult to land initially and was scary good. I wish there was a prolific Maine-based writer to document this horror story.

S: There’s very clean crisp esters that open up the nasal passage and impart this dryness with some sugars similar to a deep saison. It’s like the febreeze for an apothecary. Nice bit of herbal notes but a clarifying agent scours throughout.

T: It is overridingly gentle. The initial flavor doesn’t present itself overtly, it dapperly slides in and announces its presence with a mild plum note and then lovingly escorts your palate to the raisin notes. As a parting gift, your mouth is delivered a superb hop performance by the hop equivalent of Sidney Portier. The entire experience feels like I have been taught a soft lesson in Dubbels.

In the realm of successful dubbels, this Westy 8 delivers so hard.

M: It is incredibly light, at least I think so. It feels like I learned a lesson that I can’t quite place. The mouthfeel is so silky and smoothe it feels like I just bought a timeshare in Juarez and cant remember even listening to a sales pitch. The glass just empties itself hand over sip. That was a pun there, see how I did that? Ultimately, thin, somehow refreshing and not the candy overload that I was expecting.

D: I don’t understand how they did this. Seriously. I want to blame the water recipe or monks or. . .something. . .but my glass has emptied itself incredibly fast. It doesn’t make any sense. When it warms up, it is even more deadly. Thank god they don’t sell this in America. If the USA ever got this recipe it would be like if old slug worth got a hold of the plans for fizzy lifting drinks. Then we would all be regimented to cleaning the ceilings. Respectively.

Only people of the most discriminating taste and regal poise enjoy this beverage. Picture unrelated.

Narrative: Tuesday was pruning day, that afternoon, preserves and jams, later that evening, hypnotherapy for the residents. It was not an ideal job at the outset, running a bed and breakfast and all. However, after Father Methulsela gained his footing, he was the most gentle and skilled B&B operator in the Pacific Northwest. “The sheets? They smelled of lavender. We never saw him but there were fresh pastries almost every time we left the home. I swear he made that fig marmalade himself.” “Yeah honey, now that you mention it, I don’t remember ever seeing that crafty caretaker, God was he subtle.” The couple looked right and their cups were bussed, replaced with confectionaries and doilies. “See? Look at that, totally unnecessary and polite. It’s pleasant to the point of being, strange.” As he finished that sentence, his Honda CRV has just completed a transmission flush and radiator core recharge, free of charge. “SEE! SEE!”