Ah Old Ales, for those times when new ales just aren’t new enough and sobriety just seems like such a hassle. The perfect beverage for right before a Parent Teacher Conference, particularly this barrel aged monster. Well, let’s see if this helps you escape some demons in today’s run into the 4th DEMENTIA. 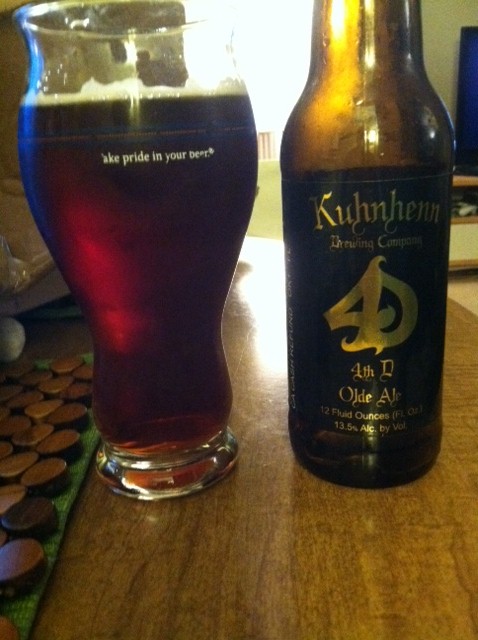 A: The bottle was almost completely flat with very minimal carbonation that dissipated very quickly with dark khaki bubbles that fizzled like the plot of an Owen Wilson film. The beer looks like a deep dark mahogany treat. The beer leaves this slick alcoholic coating to the edges that is clear but serves as potent reminder of the beast that you are about to wrangle to the earth.

This seems like a deal for all the sweet decadence that you are receiving, but it ultimately does a number on your life.

S: Holy ABV bombs. Not since Chocolate rain and Dark Lord vacated the premises has such a ridiculously boozy beer appeared on the scene. It isn’t that the ABV itself is so high that it is overwhelming cum de Utopias, it is more that the ABV just doesn’t give a shit. It posts up, leaves muddy alcoholic boots in the entryway and proceeds to rifle through the pantry in your nose. It is unabashed and very apparent. This isn’t the regular old 4th Dementia that I recalled., this is it’s alcoholic brother. I kinda like him more, in a weird way. There’s also some vanilla, toffee and mild figs but, covered in bourbon.

T: Again, don’t smoke while drinking this beer, the abv will ignite and BOY WILL YOUR FACE BE RED. This has an intense bourbon heat at the outset that fades into a deep sweetness and plum maltiness. The vanilla and chocolate is present and lends some complexity with all the oak and dry notes that round out this crazy chimera. Also, alcohol. 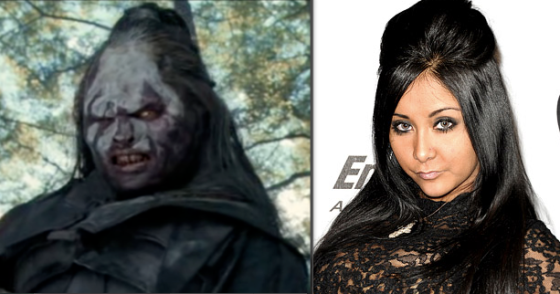 Again, this beer is both sinister and sweet. Sticky and evil at the same time. Pic related.

M: This has a hot slickness to it similar to a baby chocolate rain, chocolate drizzle if you will. The bourbon hit’s the gum line and warms your chest not unlike a salt shell from a 12 gauge. The mouth doesn’t really coat in a huge way like an imperial stout, this crazy hybrid feels like a Belgian Dubbel gone on a bender rampage. For a sipping beer, this is nice and relaxing. Also, not that it would really matter but, the lack of carbonation just made the angry abv even more rampant. My mouth was left pleading to the police that he didn’t mean it, and assured them that this beer was a “good one” and that it did not wish to press charges.

D: This is hardly drinkable in the 12oz format and, if they offered bombers that would be remiss to not offer a life insurance policy with it. The average user couldn’t take on this beast, and the average craft kid would likely feel that it was too boozy. The lack of carbonation made it all the more apparent that this beer is not here for you, it is present to shirk the trappings of a normal life. I have to knock this beer on the drink ability and overall overwhelming nature of the bourbon notes. If I wanted to kiss a Kentucky trucker, I JUST WOULD GO AND DO IT OK.

Narrative: No matter how often he strayed from the straight and narrow, Clemson Biggs knew that he would somehow end up ok. “Hey, uh, Clem, we noticed that you went and vomited all over the side of your freightliner, again.” Clem pushed back the bill of his worn Bill Earnhardt Jr hat, with the Jr. scrawled out. “Oh, I’m SSSSORRY! I thought this was Darlene’s Coffee sop, I didn’t know we were in the DMVs! Hold on let me check for the illegal of BEING THE FLU!” His drawl was overwhelming and the booze on his breath was palpable. “Well Clem, it’s just, we know you are hauling ethanol and industrial chemicals on up to Truckee and, well that’s a long haul, why not give it a rest hun?” Darlene looked over her note pad and tapped her pen entreatingly. “OH OK, how about I jus never do any OF THE WORK? Oh suuuuuuuuure, everyone hey listen DARLENE will do your works and we just made in the shad-” he slipped out of the booth and knocked over a cardboard cut out of Tony Stewart. “I AM SICK OK? Just gotta get some medicine and then I can make that lil 450 mile drive and then, how abouts, this, YOU SHHHHHUT up?” he cackled to himself at the apparent clever quip that he had just crafted, much to Darlene’s chagrin. “God, when he is good he’s great but, it is just painful to see him this boozed up,” Darlene thought to herself. “Here, slice of apple pie, on the house,” she said as she slid him a piece of mediocre pie. “HOW ABOUT THE PIE HOUS-blarghhhhh!!!” Clem’s gem of insight was interrupted by his own projectile vomiting.