Here’s a top 100 beer that has gone unreviewed for far too long. On a larger point, I have neglected the shit out of quads lately, I usually view them as a halfway house between the sweet English Barleywines and the deep dark succor of Imperial stouts, but they are a beast all unto themselves, worthy of reverence and cool reflection. Even if you have disputes with the monastic roots and don’t see the point of pious reflection and fasting to honor whatever deity that you see fit for whatever ritual rooted in pagan fealty that you happen to believe or cast cool skepticism over, you at least have to respect parsing phrases and independent clauses. And beer. 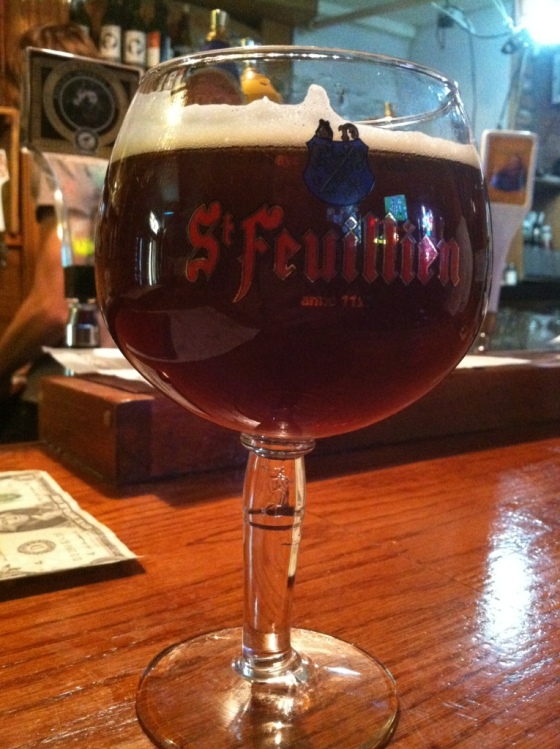 Sure I could have dropped that $8.99 to show you the 33cl bottle, but is your fucking Google finger broken? Here is what it looks like in draft you lazy ingrates.

A: Nice deep almost milky caramel countenance, solid lacing, tiny tiny microscopic bubbles that linger long after you drink and a mirror shine to it without any middle carbonation to speak of.

Quads this big and delicious will put your palate in overrustle, use your limit break already.

S: You can hear the groans from the anticipationists a mile away, guess what it smells like? Yes, deep boozy figs, raisins, dates, and a nice malty back bone. If it didn’t, would it really be an exceptional Quad? Maybe but do rhetorical questions still perform well in a global economy? We shall see.

T: This has a nice syrupy quality that is abated by the tiny bubbles that pump up the palate mildly. I don’t want to take deep swallows of this by any means but, it is a great beer to sip on if only a 10oz pour were provided. I don’t want to say that you can’t opt for the old 3 Liter chestnut that we have all seen, however, I will opine that you have demons that you are chasing that the public remains aware of.

You can’t photoshop a quad, no matter how hard you try, it is a tough style to pass off, dating site or otherwise.

M: Again, this has a decent coating lying somewhere between the crazy OG of an imperial stout, that hates you, and a loving DIPA that lingers for a bit too long after dinner parties. This is perfect if you want to brandish a huge corked masterpiece and impress a “boss” languidly. “CORKS IN BEER WELL I NEVER!” the Applebees hostess exclaims as a cork rickochets against a picture of a a tube filled with ice cream.

D: This, somehow, is incredibly drinkable. On paper it seems like a swimming pool in the front yard: things all out of place, problems abound; however this just works. It seems like someone dropped off their idiot savant cousin who decided not to drop a duke in my sink and instead arranged everything amiably. As thick and alcoholic as this is, I still feel this is an everyman[sic woman] beer that is simply delicious. 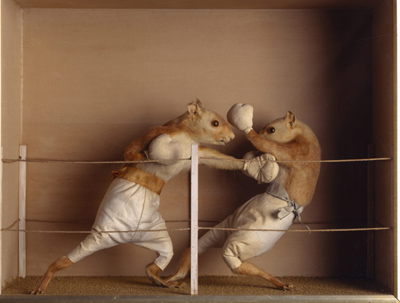 When you get a trappist ale this drinkable with a solid 10% left hook, someone is gonna be getting some smooches and knuckle sandwiches.

Narrative: “GOD DAMNIT IT, EVERY holiday” “Hey Steve, lower your voice” “OK, every holiday party he does this” Their eyes surveyed the Christmas party and noted several women at the beckon call of a single aged man with a clear graying cul de sac. “HOW DOES HE DO IT!” Steve exclaimed in exasperation. “Come on man, he wears a bold orange robe to parties, talks to women like he’s been drinking 12% beer all day and all night, and performs mild miracles; how do you not love him?” The two watched from their sulking position as old Abby 12 pulled a bottle of Svedka from his robe sleeve. “OK COME ON THAT ISNT EVEN GOOD VODKA!” Both guffawed in disbelief as he chastely rebuffed a woman’s advances and deftly cited passages from the book of Ruth. “RUTH! COME ON WHO KNOWS RUTH!” Steven bemoaned.