In continuing with our theme this week of beers that were not easy to come by, we turn to lovely old Norma. This was a Hill Farmstead release, 180 bottles released to the public, 1 per person. Do the math on that one and figure out how easy this one was to lock down. Oh, and it is also completely amazing, so there’s also that going for it. Let’s develop the record in today’s review:

Norma-tive and Prescriptive ontology both declare that one must rationally seek out this tart gem.

A: This pours in a similar vein as the other Hill Farmstead offerings but instead of the hazy straw this looks a bit more amber with some murky orange tones at the edges. The radiance is undeniable and the halogen lighting doesn’t do this one justice. The carbonation was incredible and took a while to subside into some tattered lacing on the edges like zombie clothing. Norma is beautiful.

The sour nature will burn your face off and make you stronger as a result.

S: The lactic aspect of this beer is undeniable and straight out of the gates it sets to work scorching my eyes and nostrils with tropical juicy fury. The funk is really apparent and there’s a certain hay, fallen leaves, and cobweb panache to this beer that delivers the tartness with a strange aplomb.

T: This just gets to drilling my bisucpids right away and there are no fucks to be given about my dental care. I get ripe oranges, tangelo, papaya and acidic grapefruit sans the bitterness. There’s a solid malty backend on this beer that is like fresh buttery sour cornbread that exudes old barn musk. If that makes this seem undesirable, let me rephrase that, it is incredible and well worth the repeated failed efforts it took me to land it. Incredibly puckering and musky at the same time, like gym class at the Sunkist fruit factory. We’ve all been there.

When this finally arrived in the mail, I was like BOOYA! Borderline racist caricatures from Tostitos.

M: This is as dry as Diane Keaton’s vagina and just as refined. Every aspect of this beer exudes poise and refinement while completely tattering my incisors and gumline. Despite the punitive aspects, I come back for more, obediently seeking tart lashings. Again, the review uses off-kilter comparisons that might convey negative aspects but I mean this with incredible reverence, this is a great beer. It is hardly a Biere De Garde, but awesome nonetheless.

D: This is fantastic and the acidic notes make you come back for more, while working in tandem with the voluminous carbonation to push it down your facehole with staggering speed. I want more but, I think with minimal effort we can get a tally of the bottles that are gone, so cue the sighs. 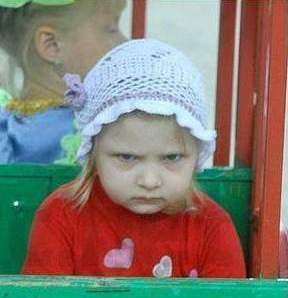 And eventually, the delicious bottle was gone, anger sets in.

Narrative: Nana Acrimom was a silent old matriarch that ruled her farm home with loving care and a tender arthritic hand cased in iron. The children would scamper home from school up the dirty path reeking of the floral presentation that only autumn in Vermont could deliver. The leaves were crushed in their hair and trousers with careless abandon. Nana Acrimom had a special method of allowing her tart apple pies to cool in the barn amongst old cars and her leatherworking equipment. When the children would dig their hands greedily into the tart batter, the musk from the barn would rise to the sky sending a cascade of old denim, dust, and dried hay into the air. They wouldn’t have it any other way. Later, the children each underwent orthodontic surgery for enamel destruction, but those special summers eating face melting pastries were the bee’s knees.