Well look at what we have here, an immaculately cellared malt beverage from the mid 2000’s, that formidable period from before you shaved your pubes. I actually actively sought this out because it is historically relevant for the oft-over looked malt liquor genre. In the late 1990’s Zima was marketed initially as an “unbeer” for that HUGE segment of young men who can’t handle the aggressive profile of adjunct lagers. They later tried marketing it to women sexist manner until finally it seemed that the old HMS Zima had taken on too much water.

This was their incredible solution. They made ZIMA XXX, the hard as fucking nails version with a SKY HIGH 5.9% abv for those edgy motherfuckers who read HP Lovecraft and carry switchblade combs. Initially this was Black Cherry flavor but they did a limited run of this, the hardest variant to find, HARD PUNCH. Ultimately the brand died out shortly thereafter and this is both a precursor to the malted beverages pushed upon the XX chromosomal order. Without these trailblazing alcoholic sodas, those 13 year old kids may have not discovered their alcoholism until undergrad. Dentists and AA counselors alike salute this beer for its contributions to the “pre-consumer” market. That’s what macros like to call baby palates who can’t buy alcohol yet, but still want to fingerbang.

Let’s get to it and figure out how hard this punch is. I hope it is throbbing hard. 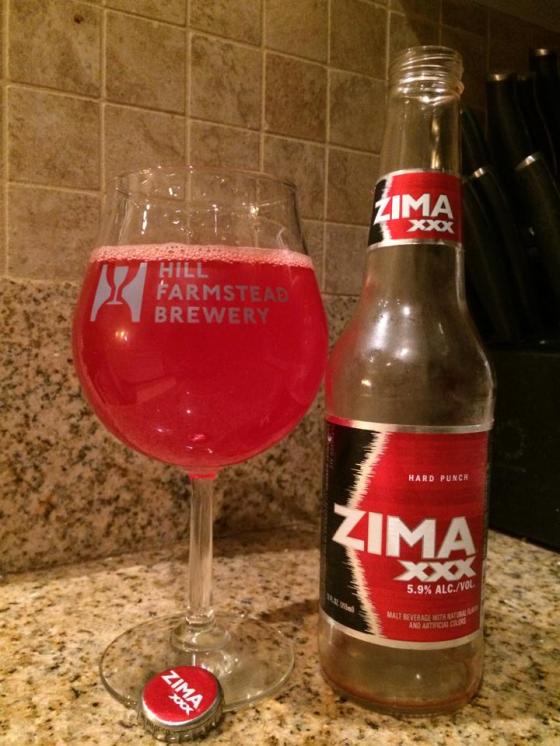 God if ever there were a time to dust off a “robeyy tonezzz” reference, it is now.

A: Say what you will about this ridiculous vessel of afterbirth, but god damn is it beautiful. The carbonation still held up after a decade and cascades magenta and bright pink foam crackling against the edges like pop rocks. It almost immediately subsides and, apparently gallons or red 5 and jolly ranchers inhibit lacing. You learn something new every day. Like the Lisa Frank binders owned by the people this is marketed to, this has a fuschia radiance that honestly looks like Cable Car Kriek in a big way. Imagine the refill trolling opportunities. JUST IMAGINE THEM. 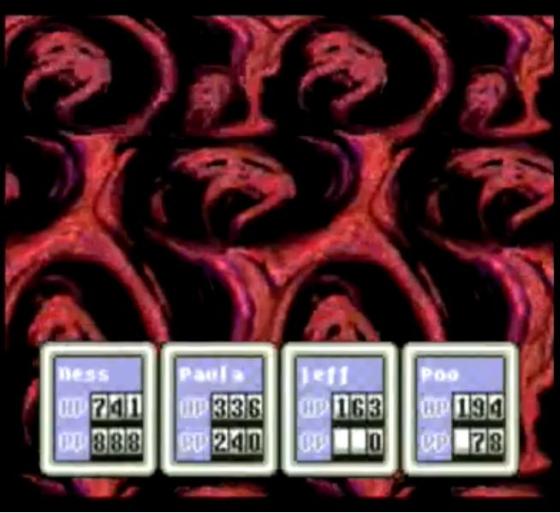 Pop open a Zima and pray that you can beat Giygas. Get 6th grade wasted.

S: You know those candy stores in the mall where all the pedophiles hang out? The ones where you take a plastic sack and fill up on a $18 of candy you would never buy separately, like GUMMY GUITARS and sea salt mexican taffy? Well this smells like those. It hits your eyes before your nose and has a waft like a malfunctioning cotton candy machine, just sugar and artificial cherry like Bubblelicious smashed with Melody Pops. The whole thing feels like an imperial Red Shasta more than an alcoholic beverage and children will hoover this up off a plate like so many wanting MyFreeCamsGirls. 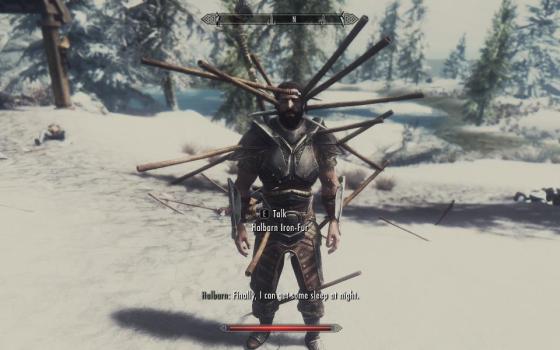 Finally ticked the rarest Zima, now I can get some rest.

T: Before you open this, go ahead and schedule a dental cleaning. While you are at it, go ahead and book a colonic as well. This is so intensely sticky sweet that it tastes like if you melted down fruit by the foot and served it as a parfait to unsuspecting guests with insulin as a sidecar. I can’t imagine any self respecting adult could seriously finish one of these. It’s kinda like getting your dick sucked by a clown: a sweet, shameful event that makes for an interesting story, but no one could bring it to full completion unless you are a truly sick individual. The swallow is like the inside of those wax bottles with juice in them and closes with a highly nuanced Skittles coating along the gumline. I can only imagine how many Latter Day Saints ditched seminary to get their mouths coated bright red in clear recalcitrance to Joseph Smith. Str8 rebelz.

M: This is stick sweet and closes with a plastic waft like when you chew gum for too long. There is no alcohol, there is no grain or grist, it is simply melted HiChews in a glass. If you like Now N Laters, like I mean, you fucking love sessioning an entire pack of them, you might be able to take an entire bottle of this down. The subsequent offerings like Mikes Hard Lemonade and Hard Ciders are infintitely better in execution and drinkability. If you gave this to an 8 year old and told them this was what beer was, you can expect a lifetime of tee tolling. Your kid would be at a Frat Party like “what? You guys drink that shit? No I had beer in 3rd grade, it tasted like edible condoms and cherry astroglide, no thanks.” 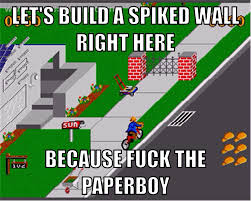 The grim reaper will prevent you from earning that Zima cash

D: I need to reiterate this: I traded for this. I actively sought it out and I couldn’t finish the whole thing. You have a better chance of finishing a bag of Halloween candy that you found under the radiator in August than taking down 12 ounces of this. If the panache of regular old Robitussin isn’t doing it for you and you find that your liquid codeine needs a more refined companion, this may be your jam. Fill up a double cup of this decade old beverage and start telling people about how you are gonna open a tattoo parlor, once your parole officer gets off your fuckin back. It is a cherry disaster of Squeezit proportions and no amount of puppies could lure me into an Econoline van if I saw one of these bad boys lurkin.