This was the first Fantome that I ever tried and it changed the game for me and saisons. This beer took artistic license and made it clear that old saisons aint nothin to fuck wit. Anyway, I love this brewery, their saisons open up my ghost trap and get my pK meter blasting off the charts. Just don’t cross my streams. 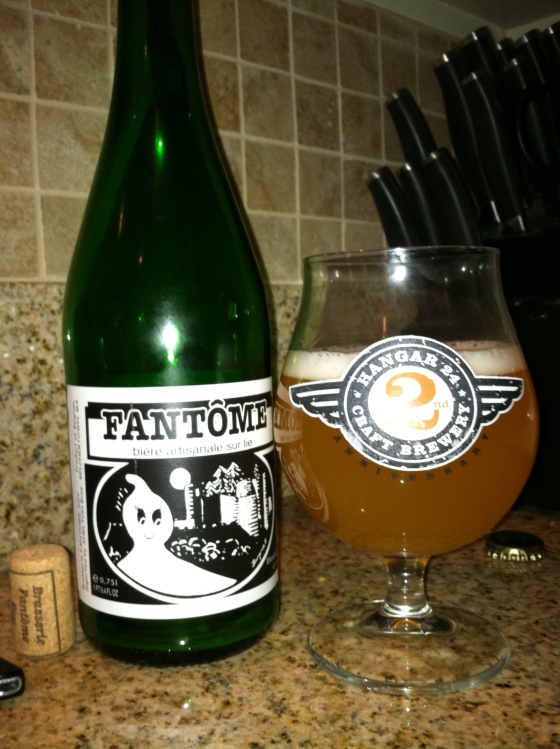 Glassware fail, as usual. I have been pining for a Fantome glass since back when the Fantome ghost was in a corporeal form.

A: Huge grapefruit juice hues, great tiny bubbles, and archipelago lacing rounds out this beer. It has a solid pineapple and orange juice hue with murkiness to it that enhances the glow. Some people complain about the inconsistent nature of this beer but every. single. bottle that I have ever had of this beer had rocked a serious ghost erection through and through.

The ghost will wreck you and embrace you like Bruce Willis in the 6th sense AT THE SAME TIME.

S: There’s huge Belgian spice, nutmeg, clove, and almost brettanomyces funkiness to it. It almost has a wet cardboard muskiness to it. A bit of tartness on the finish that makes this both complex and interesting. There’s some nice fruits like granny smith apples, white grape, and tangelo. This ghost gets all up in your faceholes.

T: Wow, this is unlike any of the other musky spicey saisons that I have previously encountered. This almost has a wild ale character to it. The initial taste is a sweet biscuity hefe taste with some honey notes, the spices kick in and give it the taste of a tart apple baked good. I love the incredible funky sour finish. It is really impressive for the style and imparts an incredible citrus note at the end. As it warms you get some white grapes and tropical fruits. I could drink this all day long and the abv is hidden like a funk ninja.

I WANT MOER THES SO BAED!

M: It has a great murkiness that expands with a funky wheat tone. The coating isn’t overly aggressive but its has a great wheat profile that expands into a biscuity chewiness. Just like all the other foamy carbonation superbikes, this Fantome imparts a huge foamy peelout that is satisfying.

D: I initially was not a huge fan of this style but I must tip my hat and admit concessions to this amazing saison. I gave this to my girlfriend and she noted that it was “pretty good” which is the equivalent of a gold star on her scale. I could give this to any, single, person and rest assured that he or she would enjoy it immensely. The universal appeal is off the scale. I am perpetually in search of Fantome gems. 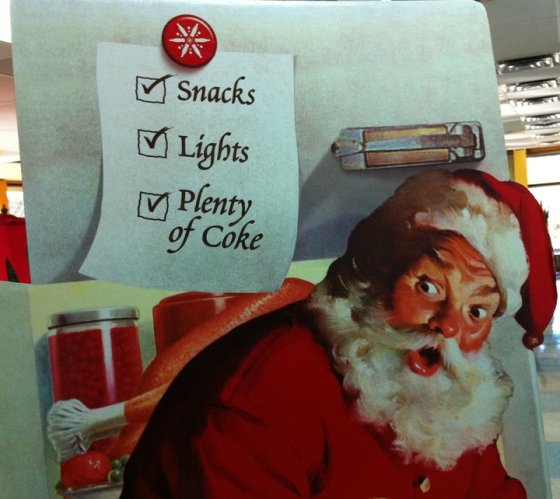 Santa knows how to fucking rage it. If you have Fantomes in your fridge, you can rally so hard.

Narrative: Lakitu loved the cloud life. Day in day out, tossing refreshing spined monsters down upon the earth. “HEY THERE OLD LAKITU! STILL RUINING PEOPLE’S SHIT?” Lakitu gave a knowing nod and proceeded to throw a spiked beast from 300 feet shattering the small dry cleaning business below. Some would say “hey lakitu, why not just be a refreshing cloud, you know, water the crops and all?” Maybe for a standard refreshing cloud, but Lakitu was born with bite. His acidic temperament fueled his anger and made it rain, not unlike Yung Dro in an Atlanta strip club; notwithstanding instead of dollars it was hateful monsters showered upon the masses below. Life could be worse, you could be an asshole like that Bullet Bill.