Big thanks to Calton Sparks and Steve Kim for this elusive hop bomb. The DIPA king of the south, finally reviewed as (D)IPA week steams along. You would think the South would be the masters of IPAs, bitterness, hot temperatures, juice supplements. However, it has been my experience that this is not their strongest suit, UNTIL THIS KING OF BOYS CAME ALONG. I had to wait over a year for this stupid beer to be made again so that I could review it fresh for you. That’s how much I care. Let’s get knee deep in the Lord of the Flies in today’s review 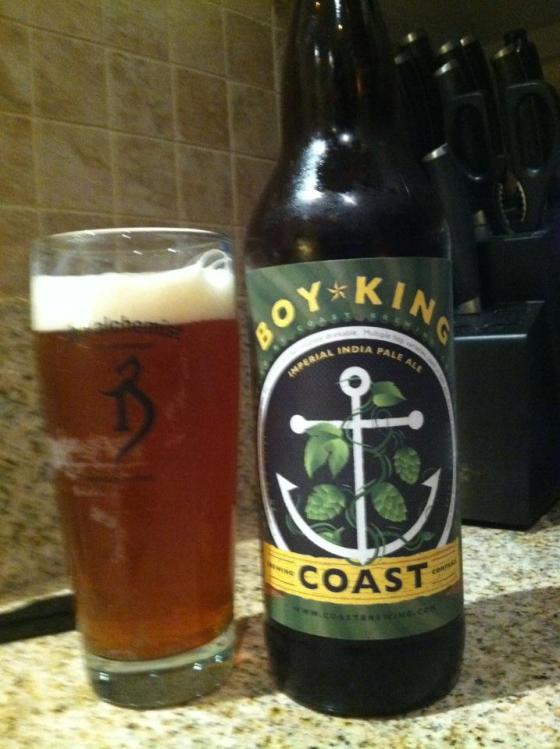 For all those drinkers who dream of having a kingdom of boys.

A: The beer couldn’t be more on style with a golden straw, deep yellow color, and subtle brassiness that imparts a 2 finger head of carbonation that dissipates slowly. It doesn’t go all super radiant and has a bit of an amber hue that makes me wonder if this will be a “balance bomb” but, I will let that shit slide for the time being.

A DIPA from the Carolinas already lets you know an evil hop ghost is lying in wait.

S: pine, grapefruit, a subtle citrus note to it like it is winding up a haymaker. Whenever you watch UFC in the south, this could be your hoppy companion for each grapefruit blast to the face. I will add that the pine has both hands in the Doritos bowl which is kinda offputting but, piners gonna pine.

T: great hoppy dryness to the initial taste, not overly bittering though, bitter tastebuds are in tact, the middle has a sweetness to it almost that is balanced with the light malt, the final taste leaves a lingering grassiness that welcomes another drink, the high notes in the initial hops link up nicely with the final notes of the low hops in the aftertaste. It tastes almost identical to how it smells, light citrus with pine grabbing your sister’s ass abruptly.

When I smelled this beer, pine started gripping all on my face and abusing my lower lip. My face was all like-

M: Light and drinkable, similar to most IPAs, not a significant amount of coating on the mouth, the light carbonation lends to the character of the beer, mild body of the beer sets the stage for the wellbalanced hops. The drying effect the coats the tongue with bitterness, it attacks the sides of the tongue and wipes out the salivary glands with a bitter orange rind citrus bitterness, the lack of sweetness/citrus makes the IBUS even more pronounced, the hops resonate upon swallowing and the aroma expands

D: exceptionally drinkable, some 9.5% abv beers would be tough with overly hoppy character to balance the alcohol but this toes a nice line, very exceptional for a casual beer. While session beer is almost a pejorative, this joins the ranks of what I would call “Super Balanced IPA Super Fun Squad.” Pliny, Oracle, Double Trouble, You know the characters. It is on point with those fellows and shoulders their ranks amiably. Buy this and drink this, dont save it, dont brag about it. Just enjoy an exceptionally balanced DIPA.

I have no idea when I will see this beer again, so I will wave goodbye and remember the hoppier times.

Narrative: “Alright, try to calm down” the police sketch artist pleaded “I know it is shocking, but try to remember something…anything.” What could you tell him, it was so offensive and abrupt, you’d almost rather just put it behind you. “Well it was bitter…unexpected…” “yes yes…go on..” God, what do you tell a complete stranger about a man who confronts you and pushes bitter hops in your mouth, “listen, I just dont feel up to this right now,” you still feel its grassy stench in your nasal cavity “ANYTHING HELPS” FINE “OK IT SMELLED LIKE PINE…PINE! Are you happy now?” your jaw lightly clicks in the tense silence that ensues “Did…were there any hops cones or flowers left beh-” “HOW DARE YOU ASK ME SOMETHING LIKE THAT.” The police artist completed what looked like a pirahna plant from Super Mario Brothers 3 world 7-3. That was him. “But, let me ask, what were you wearing?” “I AM OUT OF HERE-“