This is what I imagine kisses from Blanche Du Bois would taste like, dirty but fulfilling.

One of 372 bottles. Oh shit you can just taste the rare.

A: This beer has a golden straw radiance to it with a little bit of murkiness. Like that chick’s hair after 3rd period PE, you know she didn’t wash it, I mean we were just playing Le Crosse, I digress. Nice carbonation and lacing, there’s a powerful saison core at its heart powering this beast. 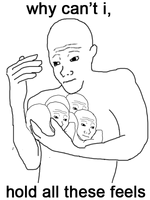 This beer makes me have so much feelings. Why you feelings.

S: There’s a huge waft of tart champagne grapes, white wine, wet backpack, and sweaters from the dryer. It also kinda reminds me of a Crayon box, but in a good way. Altogether a very murky affair that you aren’t proud of but secretly enjoy, like Matt Damon movies.

T: The taste has a light tartness at the outset that resonates throughout while the funk and wheat just drills a sick solo. I want to just keep drilling this beer but then I have to go to the bathroom, so a vicious cycle ensues. This is an excellent beer to get a UTI from. I lvoe the hoppy dryness at the finish that reminds me of chardonnay so hard. I can’t believe that this has 7% abv because I am David Copperfielding this shit and making it disap- oh you got it? Ok, fine moving on.

Unlike this ridiculous shit, this beer was an amazing decision that I stand by, at least for the next few hours. That's more than this woman(?) can say.

M: This has a nice expansive quality that just takes over like a possessive ex-girlfriend, appropriating your palate for its own uses. The dryness isn’t overwhelming and this feels like a classier less abrasive Temptation, and it is better as a result. It gets better as it warms, showing its depth and complexity with an inkling toward the lemon and orange kisses that you get from people with a Lip Smackers inclination. Why are you kissing children anyway?

D: This review was written in the freezing 59 degree Los Angeles winters, so you can see how I am enjoying it under sub optimal conditions, but it is still super legit. The bottle doesnt disappear because the dryness and carbonation serve as stumbling blocks but I can still selfishly merk this entire bottle and not a single fuck is given. Sometimes I trade for shit and dont even know that I want it until it arrives and, thank goodness for shortsighted trades because this paid out so. hard. Classy ass wine spritzer up in the cut like what.

Some saisons, I am like, are you kidding me? This one is a legit rendering.

Narrative: Sergio walked into the high school prom reeking of Cooks. He exhibited that classic proto-wasted swagger, rocking lithely on his heels and using his elbows demonstratively. “Oh, Sergio, are you feeling alri-” Ms. Wilkinson could barely finish her sentence before he snapped back “OK Yesh, hello, tonight, I would like to let you know who is alright, in this world, this world.” He looked out towards the hackneyed light show and ruminated about the meaning of Tony Rich Project “Nobody Knows” Ms. Wilkinson had had about enough of his Puerto Rican antics “life is like a jiggsaw puzzle and your date sometimes hey, your date, psh, then puzzles all torn apart.” His sly posture was not offputting but it was clear that he had fallen victim to the sweet white grape. He was placed in an idling campus security squad car, the school paper quoted him as saying: “a million years from now…I’ll be loving prom steillll-“