So I guess this is one of those “regular” SARA offerings, that is kinda like saying “oh that is one of those Kuhnhenn REGULAR RELEASES, you know 52 bottles in the middle of Arctic Tundra.” That sorta thing. I don’t know if this is the base beer for West Ashley but either way, Thank you Based God. I have my suspicions and until one of the portmanteau components of that Sante Adairius chimes in, old DDB will have to grind it out like a 7th grade dance. I put on Tony Rich Project and shit got sexy real quick with that octogenarian Bernice. I spelled that shit without spell check, this is gonna be a legit review.

Cupertino muggy and mean muggin on that radiant sesh.

I was told that I am drinking batch 2. Like you give a fuck.

A: In journalism an auto-correct error is called a “Cupertino.” This is because when the software was first developed there were several instances of changing the word “cooperation” without the hyphen, to “Cupertino.” Why should you give a fuck? This beer is the Cupertino error of subbing in straight saison for what should be “American Wild Ale.” Just look at this glowy ass ho straight emitting free radicals and lasers from its core engaging in cold fusion without remorse. This looks really similar to West Ashley and again, the investigation continues.

Yeah, Twista was sippin Sante Adairius in the Source and tickers offering Abyss. Do they even Outlaw?

S: This doesn’t have the ripe apricot or complexity of the tannins but plays more of the river cards in embracing the lightly lactic nectarine acidity that is coupled with a faint gorgonzola aspect to it at higher temps. At cold cold cold temps in them 45 degree range I was kinda crestfallen, this was seriously like Pineapple Fanta or what old ass people would call THE OLD EGG PHOSPHATE maneuver. Let this open up to them mid 50’s like your favorite librarian and then work it hard, without remorse for its cats or estranged children. The light acidity takes a backseat to this Siren call of bubble bath refreshment. This is Bath and Body works nose fucking you and the 18 year old cashier is wanting. Legit.

T: This beer enters with a gentle ester that really needs higher temps to showcase and complexity in the residual sugar vs. enzymes battlefield. That is not its strongest suit. The Brett C profile is present but again, this is not the Chad Crooked Stave water on bugs refreshment either. This executes like somewhat of a hybrid between Crooked Stave Vielle and Seizoen bretta in that it is incredibly light, drops some lemon, tangelo, nectarine, and some clementine but isn’t acidic enough to warrant some comparison to say Beatification or that realm. The whole experience is like being tucked into some lemony 500ct sheets. Most of you still sleep with an unfolded sleeping bag or a FUBU sheet set from Walmart so I can’t explain it that well to you degenerates but, splurge and buy some dryer sheets next month when you wash your mountain of black screen print shirts. It is like that.

I got two boxes full of Sante Adairius shit this week, the Fedex truck be all like-

M: This is incredibly light, to the point of being insubstantial almost. The acidity adds some dryness that remedies things to add a lingering that is kinda like a power chord versus the fully fleshed out 3 additional notes of a major chord, but something feels too simplistic and transparent in the splishy finish. The West Ashley had an apricot walker to lean upon to add strata to the silt but this is a simple affair like a Misfits album that is satisfying for exactly what is immediately presented. There are no lactic/brett C/barrel solos that run on for bars and bars, you get a punch of lemon, water, light musk, and it is over. You want another sip immediately because that tart smooch with the latter day saint of the saison world just teases you hard.

D: This is exceptionally drinkable and you feel bad about the rate in which you can slay a 750ml. Your mother in law will look at you like a UPS driver, straight alcoholic, when you drill this shit like a dental assistant. You will be able to put this down triple double no assist. This is like when you drive a Honda until the 99999 odometer turns to 000000. I love how drinkable this is but it almost pisses me off how fast this disappeared, but that is largely the fault of my heaving back tits, deep bellybutton and insatiable liver. I wreck bottles and lives. 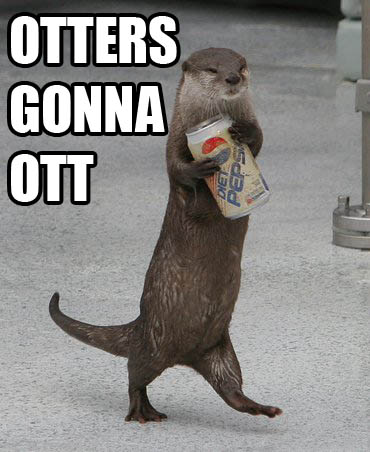 Florida traders suddenly lost their wind to this Farmhouse upstart. Watch them offer up some MZ shit and reap the lulz.

Narrative: Berenice ran her fingers through the fine Byzantine textiles and looked at the Gregorian calendar wondering what the nature of the Roman Silver age could hold. Her golden locks were held simply but there was a certain piquant complexity to here demeanor. No woman seeks to be a thrice divorced woman during the Flavian dynasty, but such was her Lot. No pun intended. The cool acidity of her treatment and interaction of the servants showed a poise that predated the Justinian morality laws. Any servant could approach her and take in her refreshing nature, the cool perspiration of Judea bathing salts and desert air made her a breathtaking site to all who sought her company. The only harshness that she ever exhibited was a harsh hand exhibited during the Jewish rebellion, but even in trying times the afflicted sought her clemency. Later her empire would be replaced with apricot groves and a new empire would replace her gentle feudalism. No seed germinates everlasting in the chosen land, not even Berenice.