My buddy Steve Kim came through and was repping his set real hard, to the extent that he dropped a North Carolina bomb on my doorstep. Even Petey Pablo wiped a tear away when he saw just how hard the block was repped. Well, here’s a style that I don’t enjoy, done by a brewery that I do enjoy. So let’s see what the net result is.

This is how people in North Carolina stay warm during coal rationing.

Brewed in honor of the poor souls who live in a part of the Blue Ridge Mountains said to be “as cold as seven devils”.

“Seven Devils is a Scottish-Style Ale aged in bourbon barrels to create an liberation to delight the soul. Rich, smooth malt blended with the complex flavors associated with bourbon. Perfect for the winter months.”

Can’t argue with that I guess.

A: Deep murky mahogany hues interplay with an impermeable chocolate visage. The carbonation is tough to rankle its jimmies, the Snorolax lacing just dances on the surfaces and chills like a 7th grader during a slow song.

S: The smell is fantastic with a huge waft of bourbon, vanilla bean, nougat, and chocolate Charleston Chew. It reminds me of a more relaxed old ale but it still smells fantastic. The bourbon works well with this malt like Protoss and Pylons.

T: The taste doesn’t have the huge bourbon or sticky sweet notes that I was looking for and it goes a more oaky, drying route. The malt is relaxed and lights up my chest a bit not with an overpowering alcohol waft, but a kind of hoppy dryness that reminds me of a charred jack and coke.

This beer is only 8% but it feels like something that would incapacitate me much more.

M: The mouthfeel walks a fine line between the overpowering maltiness and a gentle wateriness that makes it hit just the right divide between the two. In the interest of full disclosure, I don’t usually like this style, but I feel that the barrel added that lil zip that pushed it into the “recommended” zone.

D: This is not an exceptionally drinkable beer but, I dont think that Olde Hickory was looking for that in this go round. While it may not have the lasting appeal of a juicy DIPA or tart character of a well-done lambic, this has its own little sense of pizzazz that makes me come back for a second pour, but not a second bottle. It is kinda like Minkus on Boy Meets World, you don’t want an entire episode about him, but when he’s gone, you miss him. Oh Seven Devils, shall I compare you to a winter’s day? 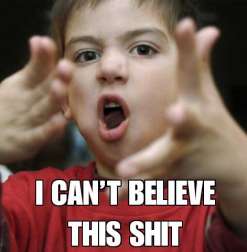 Narrative: The sheeting rain fell with demonstrative force upon Daniel’s Mitsubishi Mirage. The blue tint and tanabe exhaust seemed excessive in the scope of this impending flood. He rushed from the soaked awning and jumped into the hard interior, shaking from punishing dampness. “Suckitinsuckitincomeagainifyourimpolin-” Daniel hated Blues Traveler and this twist of fate only made his situation worse. “The HOOOOOOOOOOOOOOOOOK brings you downnnn-” he flipped off the radio angrily and looked at his text messages from the night before. A night of whiskey, bourbon, and scotch were only 3 of the seven devils that he had encountered the night before. The other 3 were alcoholic, the final boss was his now ex-girlfriend, Daedra. Sometimes, the seventh devil hurts the worst. His new LCD tv has a noticeable slash across it, and the Cutco warranty remained intact. The tires of the economy car splashed water over the curb and he hydroplaned for a moment and burped, still tasting that oaky heat in his chest. “MAYB IF YOU WERENT BITCH THEN SEX WOULD BE HAPEN.” He looked at last night’s text in horror and swore he wouldn’t drink Maker’s Mark for at least 5 days.