This beer has FINALLY been bottled, after many requests but then they go and don’t ship it outside of the bay area, so oh well for the rest of us UNLESS YOU GOT MAD SOLDIERS IN THE TRAP SHORTY. I once bought a growler of this and the girl serving it told me that it would hold up well over time because there are a lot of hops in it and hops are used to preserve beer. It was the most clear example of fail I have encountered in the field. 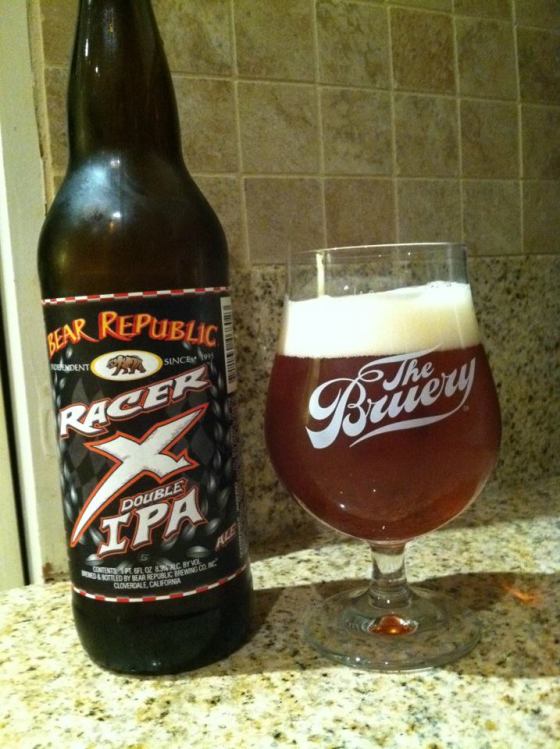 This beer is completely Racerist.

Bear Republic, Racer X Double IPA, 8.XX% abv (not looking it up, bottle is in the trash)

A: This beer has a nice amber hue to it with deep orange like that sunset you watched after seeing Human Centipede, special moment. The carbonation is fair, nothing to get tatted on your body but doesn’t leave you wanting. The jets are set to low on the lacing and she’s wearing a one piece. A tame affair.

Me and all my pimp ass friends used to drink this up in Healdsberg and pull so many bitches.

S: There’s an awesome honey and apricot zest to this that brings a radical pineapple closer. The relief pitcher has notes of some light grassiness but the nose is just phenomenal, real spit.

T: The taste is a bit more herbal and medicinal than the exemplary nose would suggest, but it’s still very refreshing. The herbal note subsides into a mild sweetness and the whole ruse about citrus just exits through the gift shop. Overall, the taste is a middle class worker in a Michael Kors ensemble. I hate it when that happens.

M: The mouthfeel is crisp and light and nails it for the style. The bottle says this beer is all about balance and I would say that’s pretty accurate, the maltiness doesn’t press its balls on or around the wall, but the hops don’t really use overdrive either. Everyone is getting good gas mileage in the number 3 lane. The coating is gentle and the carbonation doesn’t overpower things.

D: Aside from this weird Jasmine/floral note at the end, this is pretty smooth sailing considering the ABV and profile of the hops. For all the Lindy Hopping that the east coast does to their “balanced” approach, this nails it with much more clarity. It’s like Rosie O Donnell at a bisexual bridal shower. The bottle was gone pretty quickly and I am glad they finally decided to make some serious COIN by bottling up this extreme Racerist. 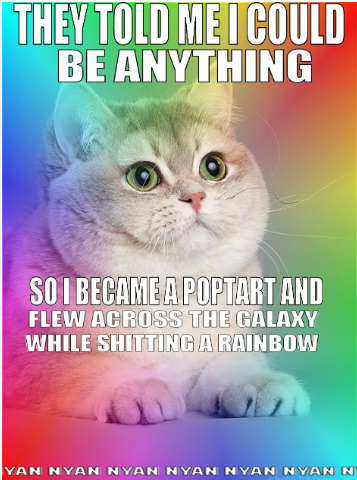 I told Bear Republic they could bottle anything. They finally followed my dreams.

Narrative: “What the, oh come on, she’s entering the Nestle Cup? Come on!” the judges looked onward at Thomas Dillery’s frustration. Kaitlyn knew that this race meant so much to him, but apparently he didn’t care about that or her hopes and her wants. “Listen, we broke up ok? You don’t need to stalk me and enter every heat and semi-pro circuit to garner my attention, give it up,” Thomas stated entreatingly. She pushed her hefty size 14 backside within the confines of the racing cage and quipped “well maybe if you spent less time focusing on Jimmy Johnson and cared to address my needs, we wouldn’t be in this situation, and I know what you are going to say, the cabin incident notwithstanding, you have always had communication problems.” She strapped her Marlboro helmet on and began priming the engine. “I am competing today and I will do it with the poise and grace that I held when I supported you when you were out of work, remember that time? Yeah, that’s what I thought, and for your information my metabolism has slowed naturally so-” Thomas’s head felt like a bucket of shark chum hearing her incessant droning. All those days of pretending to care about her stories about her co-workers, the relentless barrage of mundane, now he had to square off for 300 laps against this harlot. “And Sheila said you went to Twist last night and said you talking to some red headed slut, funny, you always said that you hated red heads because of your mo-” Thomas fired up his balanced engine, smelt the herbal oily burn, and prepared himself for 300 laps of hell.